As important as adding new features to mobile apps could be in the prevailing digital revolution, app developers need to start placing more emphasis on the security aspect of the applications they design. After all, more app features mean more data residing within an app. Without proper security controls in place, that data can be vulnerable to intruders.

The good thing about Java is that it is one of the most secure and most popular programming languages in the world right now. It has consistently gained a positive reputation since the mid-1990s, especially after managing to eliminate the many security pitfalls and vulnerabilities of C and C++ languages. However, being the most secure coding language doesn’t exempt Java coding from possible cybersecurity threats. Developers still have to deliver secure codes and ensure that their apps are foolproof even when they are developed with Java features. Fortunately, these 10 tips will always come in handy:

1. Use Java ME on Pi platforms

If you’re using the Raspberry Pi 4 as a platform to design a Java application, installing Java ME on your Pi will allow you to effortlessly embed, test, and tweak the app’s security features. That is possible even for devices with small memory space or disk footprint. Java ME is built with CLDC-based runtime, and that makes it run so well on highly memory-constrained devices (as low as 1MB). You will need Java ME with CDC-based runtime if your device has a memory capacity of 10MB or more. Just ensure that the versions of Java ME you are using to develop your apps are built specifically for the Raspberry Pi.

Serialization is useful in that it allows Java programmers to transform remote inputs/objects into transportable byte streams, which can then be saved to disk as fully endowed objects. The process can be reversed (through Java deserialization) to recreate the original object from the saved byte stream.

However, Java deserialization can be vulnerable because it is impossible to tell, from a saved byte stream, what the original object was until after you decode it. That means if an attacker sends a serialized malicious object to your app, you have to decode it first for you to know its malicious nature, at which point you’ll already have instantiated it. The unknown data will already be running code in the JVM.

These attacks could be preventable if it were possible to remove vulnerabilities on you classpath. Problem is, with the massive amount of class in Java libraries and third-party libraries, plus the class in your own code, is almost impossible to guarantee the absence of vulnerable classes on your classpath.

But not all libraries are secure. To ensure that a library is reliable, consider:

Injection is one of the top app vulnerabilities today. Intruders use typical SQL injection in Java to link sequel queries together in a chain, resulting in unsafe execution of the SQL. The good thing is that you can prevent it using query parameterization. The parameters block out intruders from accessing the static part of a query, so they are unable to gain critical app information. What does this mean?

To prevent injection in Java, a programmer prepares a statement that an end user must use to access the database of an app. If a user doesn’t create their queries via this pre-existing statement, then the app will know that the SQL is unsafe to execute. Simply put, query parameterization means defining the full SQL code of an app and the parameters of a safe query. It separates the SQL code from the parameter data so that the query can’t be hijacked by malicious data minors.

Authentication mechanisms can make or break your mobile application security. If the authentication is weak, your mobile app will be vulnerable, and vice versa. As a developer and a user, you need to use strong passwords to safeguard app data. But because some users can be reckless with their passwords, it is your job as an app developer to come up with a password policy that forces users to be vigilant with their passwords.

Another way of ensuring that user recklessness does not jeopardize the credibility of your app is to minimize storage of sensitive data within the app. You can even make it impossible for users to save their confidential data in your servers. Note that the more the data you store, the juicier your app will be in the eyes of cybercriminals, and the more they will strive to exploit your app vulnerabilities. If they have nothing valuable to steal from your servers, chances are that they won’t bother infiltrating your app.

Pro tip: High level authentication also means minimizing your reliance on logs. Make sure that users can access your content without having to log in all the time and even when they do, their login credentials are automatically deleted.

There are multiple Java features that will help you detect and thwart any tamper attempts early enough. Such tamper detection features will alert you in case someone is trying to modify or change your codes. Note that malicious programmers are always seeking to inject bad code into your application so that they can either ruin it for you or steal data.

This will help you prevent your app’s eXternal Entity (XXE). Sometimes intruders create malicious XMLs and use them to read content in selected files within your app. Note that XXE attacks are among the top vulnerabilities in Java programming. All an intruder needs is a Java SAX parser of their own and a naïve implementation of your XML-parsers and they will easily parse your XML files.

A reputed VPN service will make your app data password protected. Intruders will not be able to steal, copy, or share your data.

What is a VPN?

For people who don’t know what VPN is, then VPN is an acronym for virtual private network. By being virtual, unauthorized people cannot know that the network exists, which by extension means that it is not accessible for unauthorized users. You can buy a VPN and install it in your computer or smartphone, or you can hire a remote VPN provider to encrypt your data. This is one of the most reliable app data security methods.

The Java Security Manager allows you to configure your own security policy. You can use it to create either:

Creating your own policy file and having the power to limit the necessary permissions makes it easy for you to run the application. The Java security manager basically puts you in charge of your app security and vulnerabilities.

10. A thorough quality assessment can help

Before launching your mobile app, start by testing it against possible security vulnerabilities. Think like a hacker and try to hack into your own app. Hire a hacker to infiltrate your app in as many backdoors as they can find, and thereafter close those backdoors down. It is better to discover security vulnerabilities yourself rather than wait for a malicious tech genius to poke holes into your work later. Note that the success of your app is dependent on the end-user satisfaction, and users cannot be satisfied unless their data is safe.

Java platform comes with tons of tested and proven built-in security features. The language is also frequently updated for new security vulnerabilities; it includes a variety of tools for detecting and reporting security issues. That means that developing your app on Java will save you a lot of app security troubles.

With that in mind, the reality today is that it is impossible to outthink all hackers in the world, even if you follow all app security tips during your coding process. Someone will eventually find a way around your codes no matter how secure you think they are. That is why it is important to constantly improve your app security features and reimagine possible vulnerabilities. It is also important to invest in security management solutions so that you can catch vulnerabilities and solve them in real-time. 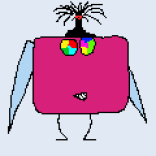 Get unlimited access to our entire catalog of 200+ courses for a small monthly fee!